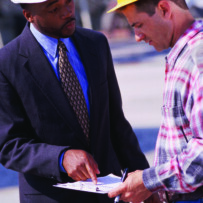 Heading into Q4 2016, we look to see how the construction industry has performed. Let’s look at the latest numbers from the Value of Construction Put in Place Survey (VIP) by the U.S. Census Bureau, which provides monthly estimates of the total dollar value of construction work done in the U.S.

As for the economy as a whole, the Federal Reserve Bank of Atlanta GDPNow™ forecast released on September 15th, projected a 3.0 percent real GDP growth (seasonally-adjusted annual rate) in the third quarter of 2016. If this number holds true, it will mean that the economy expanded a lot more in the third quarter than in the previous quarters, which would be very good news.

Things are looking positive for the roofing industry going into fall and winter of 2016. Manpower’s Employment Outlook Survey for Q4 reports that the construction industry expects payrolls to increase again in the fourth quarter. The report indicates relatively stable hiring plans nationally for the construction industry for the fourth quarter with gains in the Northeast and South and a slight decline in the West when compared to Q3.

Dodge Data & Analytics is reporting in its September 8th press release that its index of nonresidential building projects in planning increased in August for the fifth consecutive month. The American Institute of Architects reported in its August 17th press release that their Architecture Billing Index also remained positive in July for the sixth consecutive month. Since these are both leading indicators, they bode well for the construction industry in Q4 2016 and heading into 2017.

Since the weather can play a significant role for the roofing industry, let’s recap what the summer of 2016 was like in terms of weather. The following facts are from National Oceanic and Atmospheric Administration (NOAA). Every state in the lower 48 had above average summer and year-to-date temperatures. California had its warmest summer on record. This is significant since it contributed to a very active wildfire season. More than 20 tornadoes hit Indiana and Ohio on August 24th. Another August storm dropped more than 30 inches of rain in parts of Louisiana. While some of these storms and fires may have helped the roofing industry, we’re confident in saying none us wanted to gain under those circumstances, and we all hope the fall and winter months will provide calm weather for all. We are also looking forward to good numbers for the industry as we close out the year.

Be sure to follow GenFlex on Facebook for more updates and forecasts as we approach the end of the year.