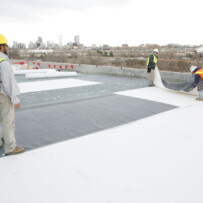 Throughout most of 2015, the construction industry saw much needed growth since the economic recession, building on the momentum from 2014.

In October 2015, Dodge Data & Analytics released its 2016 Dodge Construction Outlook. The report predicts that U.S. construction starts will rise by 6 percent in 2016. This is a bit lower than the previous two years that experienced gains of 9 percent in 2014 and an estimated 13 percent in 2015.

The chief economist for the report, Robert Murray, also shared the factors that were used that will influence how the industry will fair over the next year:

Murray noted in a Construction Dive article, “total 2015 construction activity is on pace to reach the largest gain during the current expansion – since the crippling economic recession.”

According to the AIA Consensus Forecast, which is a computed average of several forecasts including the Dodge Data & Analytics report, nonresidential construction is anticipated to grow a little over 8 percent in 2016.

Overall, the outlook appears somewhat optimistic as we get ready to start projects in 2016.

To read more about the industry in 2015, check out our blog post, Construction industry looking to gain momentum in 2015.

For more information on GenFlex products and programs, visit www.GenFlex.com – or to request training on product-specific installation and maintenance practices, click here.